Elia Kazan was the twentieth century’s most celebrated director of both stage and screen, and this monumental, revelatory book shows us the master at work.  Kazan’s list of Broadway and Hollywood successes—A Streetcar Named Desire, Death of a Salesman, On the Waterfront, to name a few—is a testament to his profound impact on the art of directing. This remarkable book, drawn from his notebooks, letters, interviews, and autobiography, reveals Kazan’s method: how he uncovered the “spine,” or core, of each script; how he analyzed each piece in terms of his own experience; and how he determined the specifics of his production.  And in the final section, “The Pleasures of Directing”—written during Kazan’s final years—he becomes a wise old pro offering advice and insight for budding artists, writers, actors, and directors.From the Trade Paperback edition. 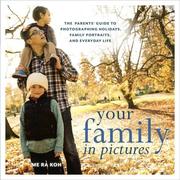