Made in Marseille (eBook)

Marseille, once notorious for its assorted mischief, has recently experienced a cultural renaissance, establishing it as a Mediterranean capital of film, fashion, music, literature, and, most assuredly, cuisine. From the city's beloved, world-famous bouillabaisse to enticing émigré flavors to venerable street treats to classic and contemporary Provencal bistro fare, this culinary crossroads, the Paris of Provence, offers an exciting array of tempting foods that, while global in scope, have a folksy, made-in-Marseille personality. Join Daniel Young, author of The Paris Café Cookbook, as he explores the authentic flavors of France's oldest city, its great southern gateway, extending from the Marseille of antiquity, found intact in the limestone cliffs of the rocky coastline, to the Marseille of romantic intrigue, still apparent in the labyrinthine passageways of the historic Panier quarter, to its storied center, the Vieux Port. Of course there's bouillabaisse: an entire chapter on this legendary fish stew-soup, including rustic, home-style Marseille recipes adapted so they can successfully be made with North American fish—not entirely authentic but wholeheartedly delicious. There are many other definitive fish recipes from this seafood lovers' paradise as well, including the legendary pan-fried calamari with parsley and garlic from Chez Etienne and the foolproof formula for grilling fish from the Restaurant L'Escale. In addition, there are aromatic appetizers, traditional and newfangled desserts, savory pastries, meat and chicken dishes, and hearty vegetable stews, all prepared with the building blocks of the healthful, French-Mediterranean diet: olive oil, garlic, tomatoes, zucchini, fennel, eggplant, artichokes, olives, basil, thyme, rosemary, bay leaves, almonds, figs, and honey.It's a full cookbook, offering 120 recipes and also a remarkable portrait of France's "Second City." With evocative black-and-white photographs by Marseille native Sébastien Boffredo, Made in Marseille is a lively panorama of the food, flavors, culture, and mystique of France's vital and fascinating cosmopolitan seaport.Some text and images that appeared in the print edition of this book are unavailable in the electronic edition due to rights reasons. 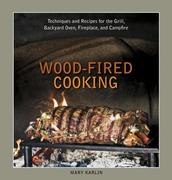 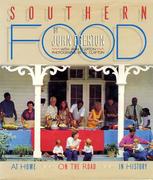