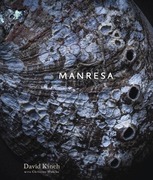 The long-awaited cookbook by one of the San Francisco Bay Area's star chefs, David Kinch, who has revolutionized restaurant culture with his take on the farm-to-table ethic and focus on the terroir of the Northern California coast.     Since opening Manresa in Los Gatos in 2002, award-winning Chef David Kinch has done more to create a sense of place through his food--specifically that of Northern California, where the Santa Cruz Mountains meet the sea--than any other chef at his level. Rather than buy his ingredients from a network of local producers, he closed the loop between farm and table by partnering with nearby Love Apple Farms, which grows almost 100 percent of his produce year round. Kinch's interpretation of these ingredients, drawing on his 30 years in restaurants as well as his far-flung and well-fed travels, are at the heart of the Manresa experience. In Manresa, Chef Kinch details his thoughts on building a dish: the creativity, experimentation and emotion that go into developing each plate and daily menu--and how a tasting menu ultimately tells a deeper story. A literary snapshot of the restaurant, from Chef Kinch's inspirations to his techniques, this book celebrates the creativity behind the food of Manresa and its profound connection to the land and sea of Northern California. 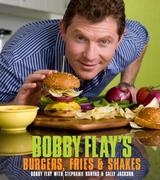