The Future of Liberalism (eBook)

A compelling and deeply felt exploration and defense of liberalism: what it actually is, why it is relevant today, and how it can help our society chart a forward course.The Future of Liberalism represents the culmination of four decades of thinking and writing about contemporary politics by Alan Wolfe, one of America’s leading scholars, hailed by one critic as “one of liberalism’s last and most loyal sons.” Wolfe mines the bedrock of the liberal tradition, explaining how Immanuel Kant, John Stuart Mill, John Dewey, and other celebrated minds helped shape liberalism’s central philosophy. Wolfe also examines those who have challenged liberalism since its inception, from Jean-Jacques Rousseau to modern conservatives, religious fundamentalists, and evolutionary theorists such as Richard Dawkins.Drawing on both the inspiration and insights of seminal works such as John Locke’s Second Treatise on Government, Adam Smith’s Theory of Moral Sentiments, Kant’s essay “What is Enlightenment?,” and Mill’s On Liberty and The Subjection of Women, Wolfe ambitiously sets out to define what it truly means to be a liberal. He analyzes and applauds liberalism’s capacious conception of human nature, belief that people outweigh ideology, passion for social justice, faith in reason and intellectual openness, and respect for individualism. And we see how the liberal tradition can influence and illuminate contemporary debates on immigration, abortion, executive power, religious freedom, and free speech.But Wolfe also makes it clear that before liberalism can be successfully applied to today’s problems, it needs to be recovered, understood, and embraced—not just by Americans but by all modern people—as the most beneficial way to live in our complex modern world. The Future of Liberalism is a crucial, enlightening, and immensely rewarding step in that direction.From the Trade Paperback edition. 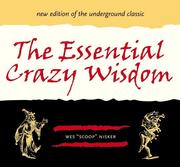